This is a very simple recipe and a great finger food/ starter option at get-togethers. Most of the prep can be done ahead and the baking can be done half an hour before serving. This dish can also be a tea time snack and the kids will love it. To make it healthy I have used roasted oats to coat the potatoes instead of cornflour. The baking can be easily replaced by the grilling method( on a girdle /tava).

The cheddar cheese used in this recipe gives it a sharp taste and a crisp texture, the coriander and oregano give it a herby flavour.   The Cheddar cheese can be easily replaced by Parmesan Cheese, and it also tastes just as good.  I usually don’t use a baking/parchment paper for this recipe and directly bake it on the baking tray, but this time I thought why not put it on a baking sheet, which turned put to be a wrong choice as I had to wait for 10 minutes to remove the potatoes from the sheet, so please don’t repeat the same. Just grease the baking tray and follow the recipe without the baking sheet.
While you are here please have a look at my other snack recipes like –  Semolina Cheese Balls, Kothimbir Vadi, Moong dal Kachoris, Baked Wheatflour Papdis, Cheddar Cheese Cookies, and more…
I recently tried this recipe a different way, which is by cooking the potatoes until just done and then proceeding with the recipe. This uses almost no Oil and best for people watching their diet. Instructions given in notes section.
Here is the recipe for Potato Cheddar Bake for you 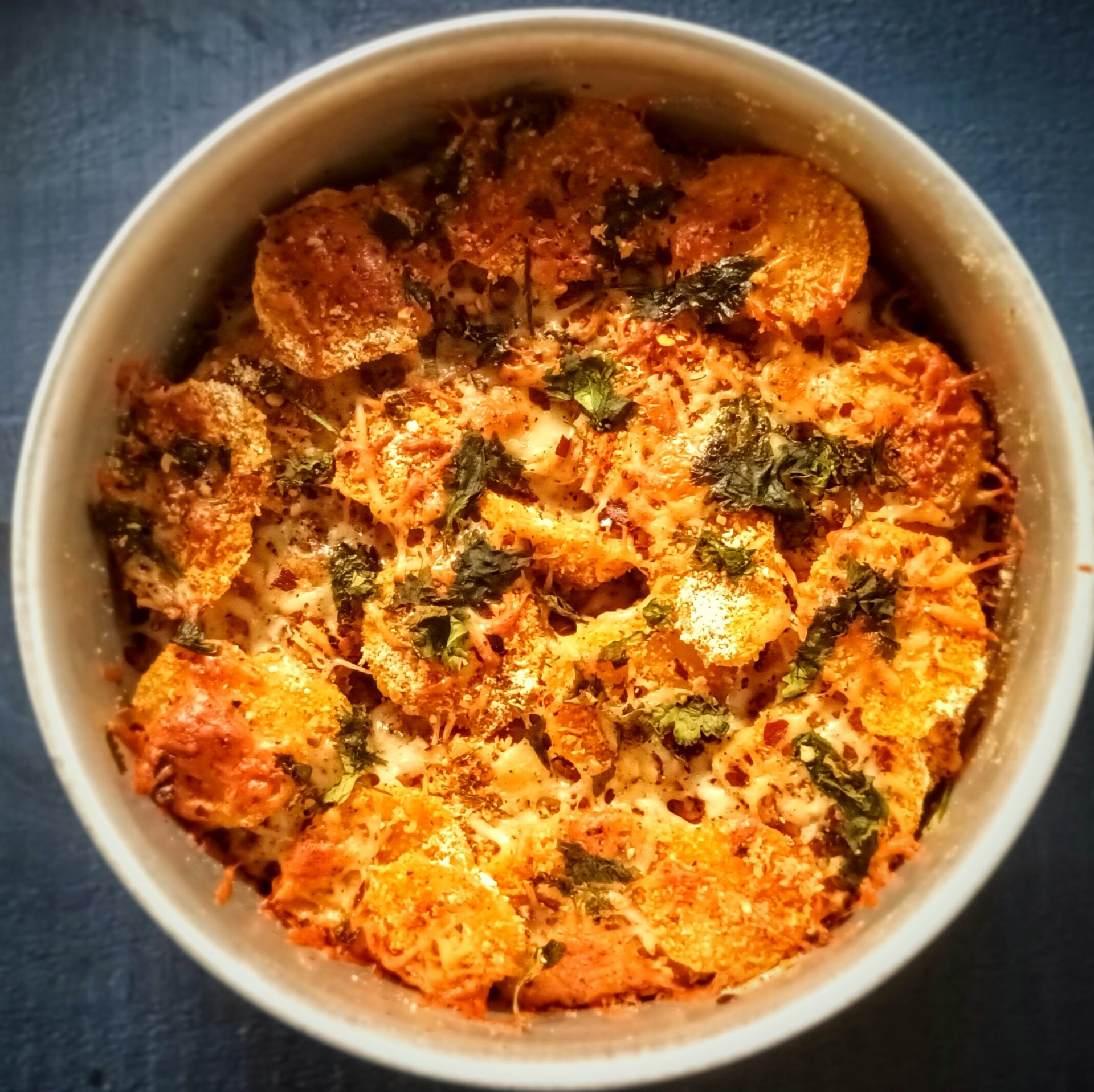 Wash and peel the p[otatoes and slice them as shown in the picture. Heat water ina kettle/saucepan and pour the boiling water over the sliced potatoes and cover it and leave it for half an hour. After half an hour drain the water. Prick a fork into the potato, it should pierce with a little resistance. The potatoes should not overcook. Now dry roast the Oats in a pan until crisp ( approx 3 to 4 mins on low heat). Cool it. Put it ina grinder and powder it fine. To the oats powder add salt, red chilli powder and oregano and set aside. To the grated cheese add the pepper powder, salt and Peri Peri powder and mix nicely. Grease a baking tray( don’t use a baking sheet as seen in the picture, read intro) with oil, spread a thin sheet of cheese mixture on the tray. Now take a slice of the potato, cover it with the oats powder nicely, such that both sides are coated well and arrange on the baking tray on top of the cheese layer. Repeat for half the amount of potato slices, and keep arranging them on the baking tray next to each other. Now sprinkle the cheese mixture over the potatoes, sprinkle oregano powder, top with some finely chopped coriander and put the tray in the oven. Bake at 200C for 20 minutes. The cheese should have melted and formed a crunchy layer over the potatoes. The cheese and crunchy Potato Cheddar Bake is ready to serve. Enjoy. Bon Appetit.

I recently tried this recipe with boiled Potatoes.  This will suit people watching their oil or are in a diet plan.

5. Boil the potatoes whole with the skin. You can pressure cook for 2 whistles. Allow them to cool naturally. Peel the skin. Slice Potatoes into discs of medium thicknesses. Now proceed with the  recipe from  rolling the Potatoes in the Oat flour. 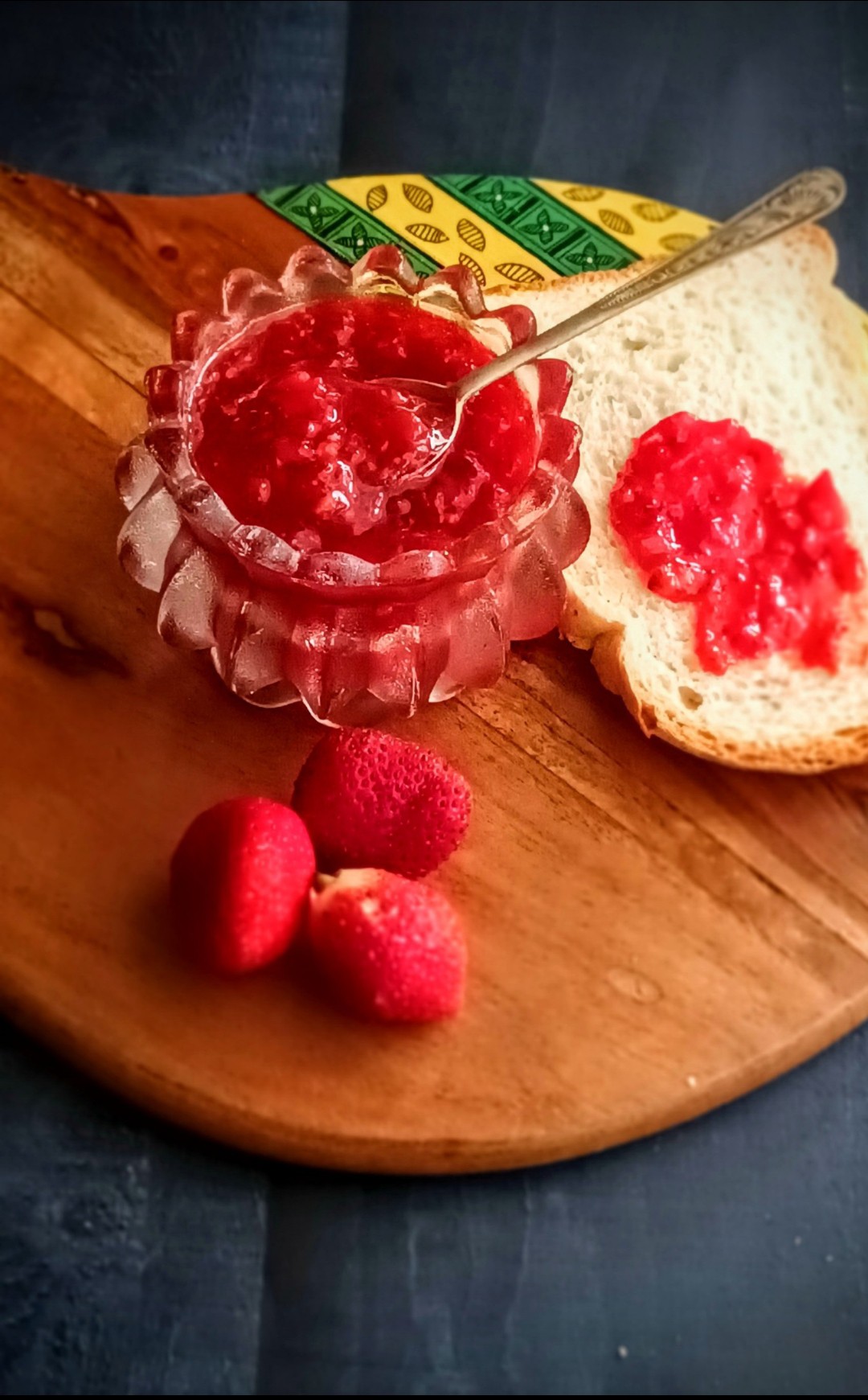 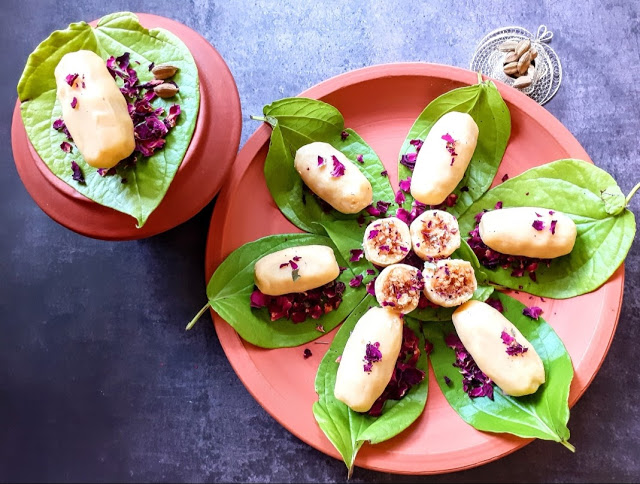 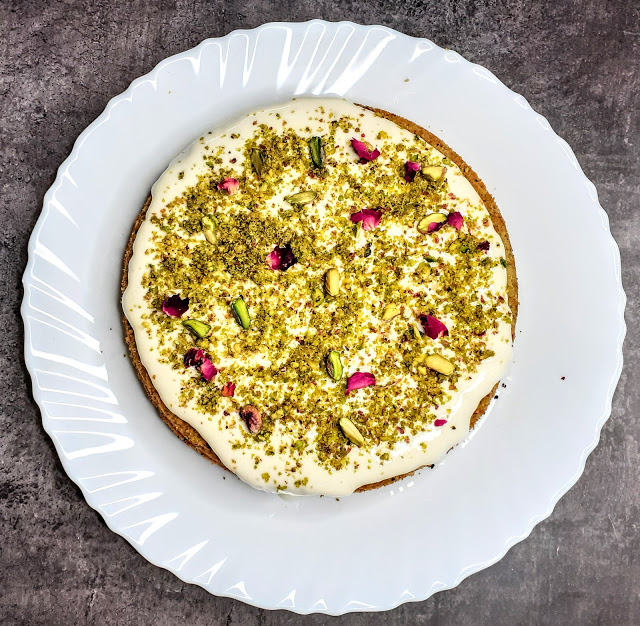 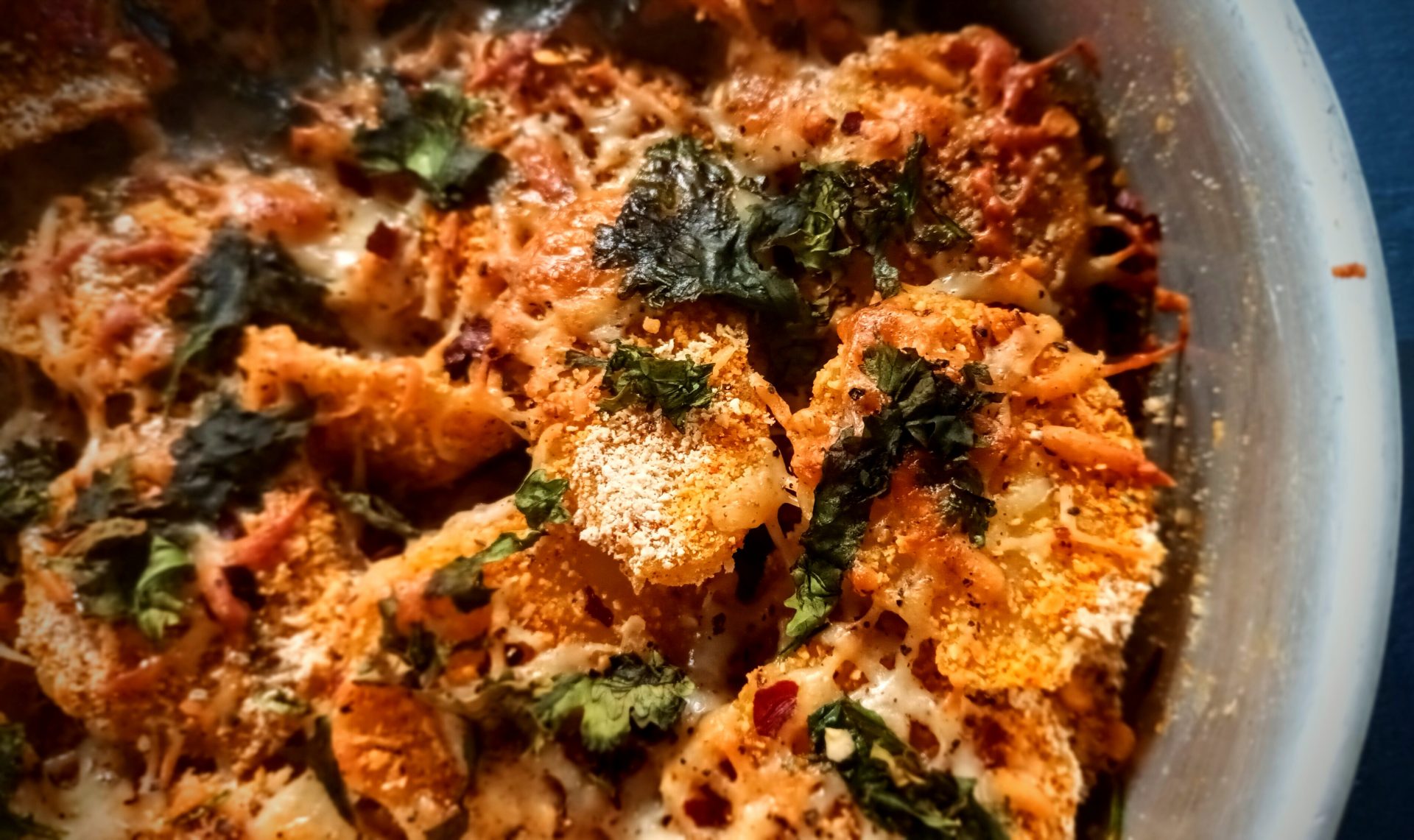